A fundamental problem in applied statistics is estimating a probability mass function (PMF) or probability density function (PDF) from a set of independent, identically distributed observations.  When one is reasonably confident that a PMF or PDF belongs to a family of distributions having closed form, one can estimate the form’s parameters using frequentist techniques such as maximum likelihood estimation, or Bayesian techniques such as acceptance-rejection sampling.  In some cases however one would like not to assume a functional form, and instead “let the data speak for [itself].”[i]  We then work with an empirical PMF and the corresponding empirical cumulative distribution function (CDF).

Kernel smoothing.  Kernel smoothing is the most popular nonparametric approach to constructing an estimated PMF or PDF.  It generalizes the idea of a moving average.  In technical terms, a kernel smoother redistributes mass around an observation according to two inputs:  a kernel function and a bandwidth.

A bandwidth h is the maximum distance from the kernel’s center at which mass is spread.  Bandwidth is therefore integral in the discrete case.[v]  One scales the kernel function so that most or all of its mass falls within the bandwidth.  For example, a Gaussian kernel might be scaled so that its third standard deviation falls just within the bandwidth.

Traditionally bandwidth is constant.  Here we’re interested in allowing the bandwidth to vary.  We describe possible variable-bandwidth rules under “How it Works” below.

Continuous (PDF) smoother.  In the continuous case one locates a kernel at each observation, and mixes the kernels (with mixture weights of 1/n for each kernel) to obtain the estimated PDF.  For example, Figure 1 represents a Gaussian smoothing of 30 unit-normal random samples using the default bandwidth-selection rule of R’s density function, which results in a kernel having standard deviation of 0.3931.  The kernels around the sample (in red, green, and blue) are scaled by the mixture weight of 1/30.[vi]

Here is the R code that generates Figure 1:

Discrete (PMF) smoother.  In the discrete case, one computes a set of kernel weights based on the kernel function and bandwidth, normalizing the weights so they sum to unity.  Then, a bin’s observation count is redistributed to that bin and the surrounding bins, weighted by the kernel weights.  Finally, all bins’ redistributed counts are normalized.

For example, suppose a study requiring an estimated PMF has n = 100 observations.  Table 1 illustrates a one-dimensional triangle smoothing of a bin containing six observations for h = 3 (so that mass is spread among the observation’s bin and the two surrounding bins on either side), assuming that the five bins do not receive mass from any other observations.

Bandwidth selection.  The hardest part of implementing kernel smoothing, especially in the fixed-bandwidth case, is choosing an optimal bandwidth.  When the bandwidth is too narrow, the estimated PDF is too rough; when the bandwidth is too wide, the estimated PDF is too smooth.[vii]  Several approaches to fixed-bandwidth selection exist, and a fair treatment of the problem is beyond the scope of this post.[viii]  Formal optimization criteria are not always persuasive, despite their analytical virtues.  Visual intuition remains important.[ix]  See “How it Works” below for the variable-bandwidth case.

Choice of kernel.  The Epanechnikov kernel is optimal in the sense that it minimizes asymptotic mean integrated squared error.  Kernels’ efficiency is often compared to that of the Epanechnikov kernel.  Most common kernels’ efficiency is better than 90%, so the literature commonly asserts that kernel choice has only a weak effect on smoothing.[x]  Kernels are often chosen for their analytical properties instead.  When one requires an estimated PDF, Gaussian (normal) kernels are especially common.

Boundary values.  The other hard part of kernel smoothing is deciding how to smooth near the boundaries of the sample space.  Solutions tend to be domain specific.  For example, when time of year is one of the dimensions, smoothing observations near the beginning or end of the year requires wrapping the year’s endpoints together, so that smoothed mass can cross from e.g. December into January.  When dimensions are geospatial, one can smooth beyond the boundary of a land mass or property, truncate the result at the boundary, and then normalize.

Several rules are possible for varying bandwidth.[xi]  Some are expressed in terms of an observation’s location.  For example, the sample-point estimator varies bandwidth in proportion to the empirical density at the sample point.  Other rules are expressed in terms of the estimation location.  For example, the nearest-neighbor smoother assigns to a given estimation location the (normalized) linear combination of the k samples nearest to the bin, for some constant positive integer k, using kernel weights in the linear combination.  One bandwidth-selection heuristic for the nearest-neighbor smoother is k ≈ √n, but more modern heuristics exist; consult the references for details.  A maximum bandwidth may also be imposed, to limit smoothing in a manner appropriate to the domain.

Kernel smoothing can reveal and preserve structural features of a PMF or PDF that a parametric estimate would obscure.  When the empirical PMF has highly variable density, use variable-width smoothing.  Variable-bandwidth kernel smoothing is more valuable in multiple dimensions, and can provide a good estimated PMF for Monte Carlo simulation.

Examples of variable-width smoothing abound in the scientific literature.  A good example is Kerry Emanuel et/al, “A Statistical Deterministic Approach to Hurricane Risk Assessment,” Bulletin of the American Meteorological Society, 87 (2006), pp. 299–314.[xii]  This research uses a smoothed PMF as the basis for a simulation study of hurricane risk.  The sample space of hurricane-origination locations contains sets of triples of the form (latitude, longitude, time).  The authors discretize the sample space to 0.5 degrees latitude and longitude, and five-day time periods.  The empirical PMF counts hurricane events since 1970, using the HURDAT database.  The study uses nearest-neighbor smoothing, with a limit of 15 days and 15 degrees.

[ii] One way to make sure a binning is adequately fine grained is to experiment with different anchor points, to make sure the pattern revealed by the binning does not vary significantly with the choice of anchor point.  The first example on http://en.wikipedia.org/wiki/Multivariate_kernel_density_estimation (visited February 17, 2014) illustrates the point.

[iv] Some common kernels are uniform, triangle, quadratic, quartic, Gaussian, and Epanechnikov.  See http://en.wikipedia.org/wiki/Kernel_(statistics)#Kernel_functions_in_common_use for a list with PDF graphs.

[vii] See the graphical examples of under- and over-smoothing at http://ned.ipac.caltech.edu/level5/March02/Silverman/Silver2_4.html (visited February 18, 2014). 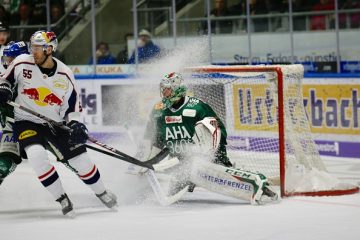