Computer vision is a discipline of artificial intelligence (AI) that trains computers to interpret and understand the visual world. By training deep learning models using digital images, machines can accurately identify and classify objects – and then react to what they see. The use case applications of this technique are vast, from facial recognition to healthcare. Using computer vision, data scientists have the opportunity to provide businesses with powerful data insights. The rise of open-source technologies, such as Python, make it extremely efficient for data science professionals to validate and train deep learning models. In the following white paper, Mosaic, an innovative provider of computer vision consulting, will examine how to apply these dynamic machine vision algorithms to identify and classify airport layouts using satellite imagery.

Airport layouts provide pilots an advance visual of the runways, taxiways, and other elements of an airport, providing useful context for flying visual approaches or taxiing to assigned gates or holding areas. Airport blueprints are usually available at the time the airport was planned and constructed; however, airports typically undergo many changes over decades of use, requiring tedious, time-consuming blueprint updates to get pilots an accurate airport layout to reference.  Digitization of airport layout blueprints and automatic updating through computer vision could save thousands of hours of labor each year if implemented worldwide.

The ground truth data used for the computer vision solution was created by extracting polygons from satellite images that represent various structures at the airport, i.e., Runways, Blastpad, Apron, Taxiway, Buildings. Figure 1 shows the airport layout for Hartsfield-Jackson Atlanta International Airport (ALT) with these 5 classes of ground truth. These enclosing polygons were drawn using Google Earth and extracted to kml files. The kml files hold the latitude, longitude, and altitude points of the polygon for each referenced class above. This polygon extraction process is time-consuming, limiting how many ground truth blueprints can be created. A dataset of 46 major airports in the US and Canada was made available for training a computer vision model.

For the purpose of this solution, the kml files were used in Google Earth to extract images of the ground truth, as there was no georeferencing of the satellite image of the airport available. The individual masks for each airport in our dataset was extracted, as shown in Figure 2, at a 700×700 image resolution.  A more ideal way would be to use the polygon coordinates and georeferenced image and convert them to an image coordinate system which will help in deploying the results from the computer vision model back into the satellite imagery coordinates.

Image preprocessing is the first step to solving a computer vision problem. The masks in Figure 2 were in RGB and had some outlines from the image extraction. The masks were first converted to a greyscale image; then, we set thresholds to create a binary mask with 1s and 0s indicating the presence of information at a specific pixel location. The masks were processed further to fill in the outlines of the polygon. The filled, closed polygons shown in Figure 3 improved the results of the model significantly because identifying the region enclosed in a polygon is a lot easier than identifying it based only on the outlying edges. We used the OpenCV Python library for all mask preprocessing tasks.

The data was split to train and test at a 90:10 ratio, with 41 images selected randomly to be used for training and 5 selected for testing. Because the dataset was so small, we needed to augment the images and masks to create a bigger dataset. For the augmentation, the albumentation library was used to create transformations such as crop and rescale, channel shuffles, inversion, gaussian noise, brightness, contrast and hue changes, transpose, rotations and horizontal and vertical flips, and some combinations of the above. In this process, an image is selected at random and a random transformation is applied to the image-mask pair, as shown in Figure 4. This process was repeated until 500 images were generated with corresponding masks.

Other preprocessing techniques used include resizing the images to the required resolution by the model and normalizing the image pixel intensities to fall within a range of 0 to 1, which helps in the model convergence.

The satellite images have many intricate details to segregate each of the elements of interest. For example, a runway is a concrete strip, which looks similar to the roads surrounding the airport; however, the differentiating factor is the markings on the runway. Also, there is a huge variation in the images, e.g., in terms of width of runways, distance from which images were captured, and presence of ocean or green lands surrounding the airport. Feature engineering these details might be relatively easy for elements like runways, which have well-defined structures, but this is not the case for other elements that are of interest, like the apron or buildings. Hence, a neural network approach was considered. We conducted A DSTL’s Kaggle competition to identify and segment roads, buildings, crops, oceans, and other features using satellite images, and got great outcomes using UNet models, which trained on a dataset as low as 25 image samples with labels.

UNet is a convolutional neural network architecture that is widely used for biomedical image segmentation and requires very few training samples. Our computer vision consulting problem was very similar to the biomedical applications, except the classes to be identified were different. Our dataset, however, is very balanced—we had all the elements present in equal proportions in the entire dataset.

Our training data, consisting of 41 samples augmented to 500 samples, was split to train and validate at an 80:20 ratio, with 400 images used for training and 100 for validation. The model was trained for the first class of runways as a proof of concept.

A vanilla UNet was first tested on the dataset. The architecture, as shown in Figure 5, comprises an encoder network and a decoder network with skip connections connecting the down sampling and upsampling layer, which help in restoring the features for better reconstruction. It consists of blocks of convolutional layers with an activation function and a pooling layer between the blocks, adding up to 17 layers.

The UNet was trained using a Binary cross entropy loss function and a Nadam optimizer and dice (intersection over union – IOU) as a metric for accuracy using a batch size of 4 for images at 512×512 resolution. The dice coefficient is a pixel level matching of the prediction to the ground truth. As the name suggests, IOU is the intersection of the pixels of prediction and ground truth over the union. A number close to 0 suggests that there is little to no intersection of prediction over the ground truth, and a value close to 1 is an indication of a good prediction with low false positives and false negatives. This model had a high train accuracy of 0.782 dice, but the validation accuracy was as low as 0.45. It clearly indicated the model was overfit to the training samples and needed some regularization.

As part of the computer vision consulting effort, we created a modified UNet with additional dropout layers after each block of the convolutional layer and additional batch normalization layers in each block, which helped overcome the overfitting problem in the previous model. This final model had 27 layers and used the same optimizer and accuracy metric. The loss function was changed to (1- dice), which helped reduce the loss at a pixel level and improved segmentation. This model had an accuracy of 0.87 for the training samples and 0.79 for the validation samples. Figure 6 shows the model accuracy over 40 epochs trained on the final model.

The predictions from the final UNet model were tested on 5 images from the validation samples, which had the ground truth and the average dice over the 5 images was 0.840235. Figure 7 depicts the prediction mask for one of these images compared to the ground truth mask. For the runways specifically, the shape of the object is a rectangle. This helps in refining the mask by using some erosion and thresholds and finding the tightest bounding rectangle for the detected contour. All the post-processing was done using OpenCV.

This model was further tested on a random set of airports downloaded from Google Maps. Results were promising, especially for the runway class; sample results are shown in Figure 8. The red line represents the model classification of the corresponding runway.

These results serve as Mosaic’s computer vision consulting proof of concept, demonstrating that the computer vision model can accurately provide airport layout features. This model can be further extended to predict other airport features beyond runways, such as taxiways. Mosaic conducted some preliminary runs using the trained weights from the runway for initializing a transfer learning model, and they performed with an accuracy between 0.6 and 0.7. These models can easily be improved with some hyperparameter tuning to match or even beat the accuracy of the final UNet model. The overarching objective is to build a model that is as accurate as possible and requires the least post-processing.

An approach to meet the larger objective is to use a multiclass segmentation model and penalize the loss by a factor when a false negative or false positive of one class is a true positive of another class. This approach would help improve the segmentation accuracy for all classes simultaneously. If there is still a need for post-processing, other techniques such as Hough transform, nearest neighbor clustering for sparsely distributed points like DBSCAN, and OPTICS algorithms can refine the predictions further before applying any thresholds.

The analog airport diagrams available for all major US airports could also be leveraged to add some intelligence to the model predictions. For example, the runway markings have a number indicating the direction of the runway, so if the model predicts a taxiway instead of a runway, it can be corrected using this information. There are other airport elements that were not included in this study, e.g., runway markings, taxiway guidance lines, taxiway holding positions, taxiway intersection markings, deicing area, helipads, and construction zones, which Mosaic intends to include in extensions of this automation to build more comprehensive airport layouts.

The insights generated from computer vision algorithms could also be integrated with the Mosaic ATM airport viewer, which tracks the exact position of aircraft at an airport and estimates the time to takeoff or taxi to runway to help improve management of airport ground traffic.

With this proof of concept, Mosaic was able to take the first step toward automation of digital airport diagrams for airports, which could be useful to airports, pilots, and air traffic managers worldwide.

Decision processes in support of jobs that either cannot be or are very difficult to automate are frequently overlooked by out of the box software providers. One such process is the creation of optimal staffing plans for outbound teams loading cartons onto trucks. 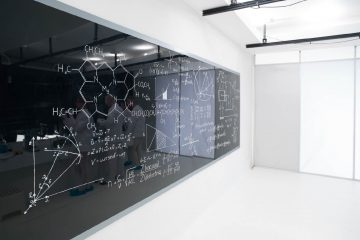 If a decision maker is only relying on their ‘gut’, they are not only behind the times, but at high risk of losing competitive advantage, customers and market share. 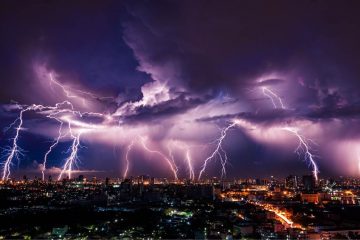 Weather has a high impact on operations in many industries, and therefore is of great value to integrate into strategic decision making. Mosaic has roots in aviation research & development, giving us deep expertise in combining weather data streams with planning applications to facilitate efficient resource allocation.